I’m now on my third round of Invisalign treatment and I wanted to share an update for those that have been interested in this journey. You can read my previous Invisalign updates, here.

I’m not sure if this set of trays (11 weeks of treatment) will be my last or not. It depends on how my teeth track and whether the elastics help with my bite more this go-round.

I’ve been really impressed with how straight my teeth are given my treatment time. I’ve had Invisalign for over a year now, but that accounts for large gaps of time without new trays due to COVID-related delays.

So far, I’ve had 20 trays in my initial treatment, 14 in my first set of refinements and 11 in my current refinement set. I’m so used to wearing Invisalign now, that I could truly go another year if I had to and be totally fine. At this point, I’ve invested so much time that there’s no point in not going all the way with the treatment. My orthodontist did say there is a point in treatment where you will have to start thinking about diminishing returns, so I’m on board with whatever he recommends as the expert in terms of tweaks we can make and when it’s worth saying “this is it.”

Refinement trays are part of many Invisalign journeys. Typically there are still some small corrections to be made after the first treatment. I knew this going in, so it was not a surprise to me. After each treatment,  my orthodontist shaves the Invisalign attachments off of my teeth and I go get them re-scanned for new trays. Then, he makes the adjustments he wants to see in my teeth and Invisalign creates the series of trays to achieve those movements. It’s a cool process!

The biggest changes in my current treatment phase are twofold: the first is that I had interproximal reduction/IPR done (which is when they shave down some space between teeth to allow for optimal movement – literally less than a millimeter). It’s normal to get what they call “black triangles” between your teeth during Invisalign treatment and IPR will help close some of those gaps by allowing movement in your teeth. You can also get bonding work done at the end of your treatment that will further improve the overall appearance of your teeth. I haven’t been able to whiten my teeth during my treatment, so I can’t wait to do that as well.

The second big change is that I now have class 2 elastics on both sides. Class 2 elastics are used to correct malocclusions (I have an overjet). I would honestly be happy to get it down to just being  a class 1 malocclusion, which is considered to be within a normal range. In my first set of refinement trays, we only did an elastic on one side where my upper and lower teeth were more misaligned and to be honest, even with consistent wear, there was not much of a change. I’m hoping two elastics will allow for enough pressure to bring things back a bit. Bite corrections are much easier to do in tweens and teens because their jaws are still growing. I learned I have a skeletally small lower jaw, so there is only so much progress I can make with orthodontics.

My experience with elastics has been good – they’re easy to put on and take off and they’re not uncomfortable. My Invisalign trays have little slits on my top aligner where the elastics go and then on the bottom back molars, there is a metal nub attached to my teeth to anchor the elastic on each side. The elastics are noticeable when I’m smiling, laughing or sometimes talking, but I don’t mind it – it’s just 11 weeks!

These photos show the discrepancy between the length of my two front teeth, which was corrected with my first Invisalign revision treatment of 14 trays. I had two attachments placed on the shorter front tooth to help pull it down.

The only challenging part of Invisalign has honestly been returning to the office during this pandemic. When working from home, I was able to use my water flosser after every meal and really get my teeth clean. Since coming back to the office, I have had to floss and brush after eating (breakfast and lunch) and it’s just a process – washing my hands thoroughly before flossing and brushing, putting the aligners and elastics back in, etc. – not ideal in a public bathroom. I’ve gotten into a better routine with it now, but I’m considering purchasing a second water flosser for work because oral health is of utmost importance with Invisalign. Ideally, you wear your trays for 22 hours/day, so you have to really clean out any debris to ensure your teeth and gums stay healthy and to avoid excessive buildup of plaque. I’ve actually been paying out of pocket for extra dental cleanings that my insurance doesn’t cover during the Invisalign process, so you may want to factor this into the overall cost. It’s not a requirement, of course, but I do notice certain areas get more buildup than others despite meticulous oral care, so it’s something that’s important to me.

When I see photos of myself now, I’m so much happier with my smile. My one regret is not having done this sooner (or getting orthodontic treatment in my teens). I always kind of liked the imperfections in my smile, but as I got older and they became more pronounced and with the hindsight of knowing what my teeth look like now, I do wish I had just fixed them when I was younger. I also think I would not have so many problems with my bite/TMJ if it had been addressed in my teens or early 20s.

You can see full videos of my Invisalign treatment journey, here.

If you’re unhappy with your teeth, bite or smile and you’re in a place where you can do Invisalign, I would 100% encourage you to go for it. Once you see the changes in your teeth, you’ll wonder why you waited so long to finally get started.

Invisalign aligners are barely noticeable (IMO), but one perk of doing Invisalign now is that you’re wearing a mask any time you’re outside of your home.

My current smile with my second round of refinement trays in. This treatment is 11 weeks long. 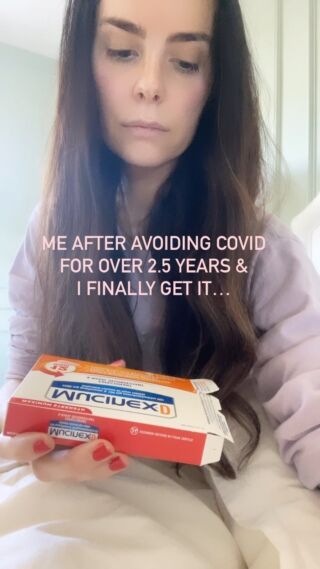 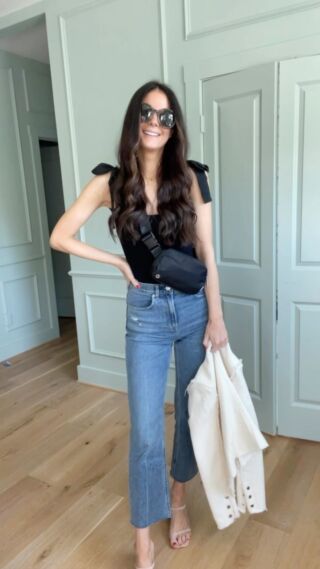 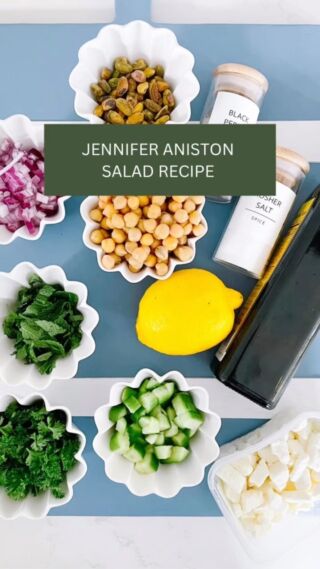